Discover the history of America! Visit the cities, halls and Civil War battlefields that were the center of it all. Tour the Capitol, cruise along the Potomac River, see where the Declaration of Independence was signed and more. With Adventures by Disney providing service and convenience, this fascinating trip becomes an enjoyable family vacation packed with delicious cuisine and fun-filled excursions!

Delight in a sweeping tour of Philadelphia on this privately guided trolley-on-wheels excursion. Explore some of Philadelphia's remarkable landmarks, including the Liberty Bell, Independence Hall and the Reading Terminal Market.

Take privately guided tours of the nation's capital by day and by night. Be fascinated by tours of the Newseum, the Capitol and Library of Congress.

Delve into the history of Gettysburg guided by a costumed National Parks guide. Stand on the famous battleground, let President Lincoln's famous speech resonate and picture yourself living in Civil War times.

Take a boat ride down the Potomac River to Mount Vernon—George Washington's childhood home. Visit the lush gardens he designed and admire the 18th century décor inside the 21-room mansion. Then, dine on an authentic colonial lunch at the Mt. Vernon Inn. 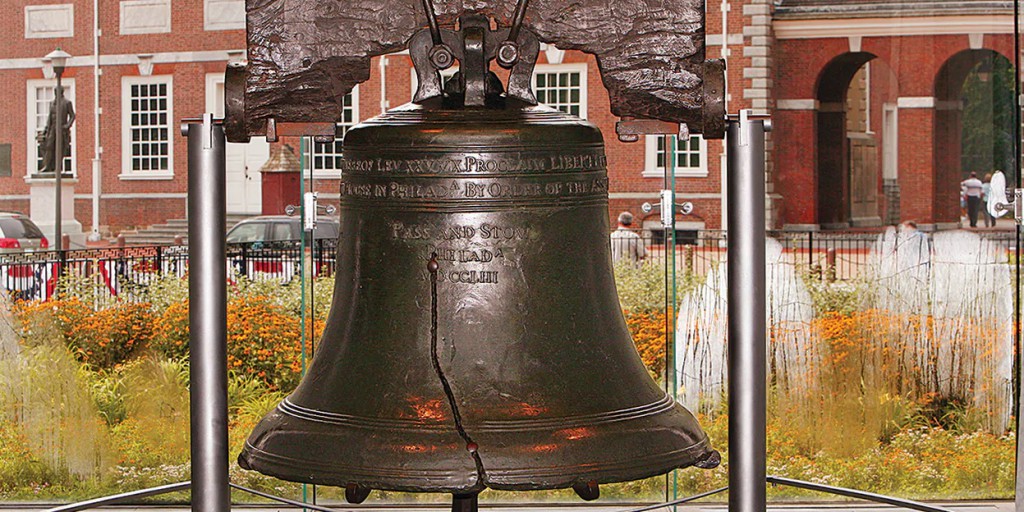 Upon arrival at Philadelphia Airport, meet an Adventures by Disney representative who greets you and your family. Relax as a driver assists with your luggage and whisks you away to the hotel.

Unwind from your journey as your Adventure Guides check you and your family into your home for the next 2 days. The award-winning Kimpton Hotel Monaco Philadelphia has its origins in one of Old City’s classic buildings, which harmoniously combines its historical roots with modern amenities. Featuring stunning rooms throughout, this upscale boutique hotel is located next to Independence National Historic Park, Independence Hall and the Liberty Bell.

On Your Own in Philadelphia

Browse around. The neighborhood is filled with interesting things to see, from historical sites to fascinating shops. And if you arrive in time for lunch or are just in the mood, ask your Adventure Guides which places they would recommend to get a Philly cheesesteak!

Meet your fellow Adventurers as you dine on authentic 18th-century colonial fare in this tavern that was a favorite of America’s Founding Fathers and has been restored to its full glory. Served by staff dressed in period dress, you might run into some familiar local characters—like Benjamin Franklin! 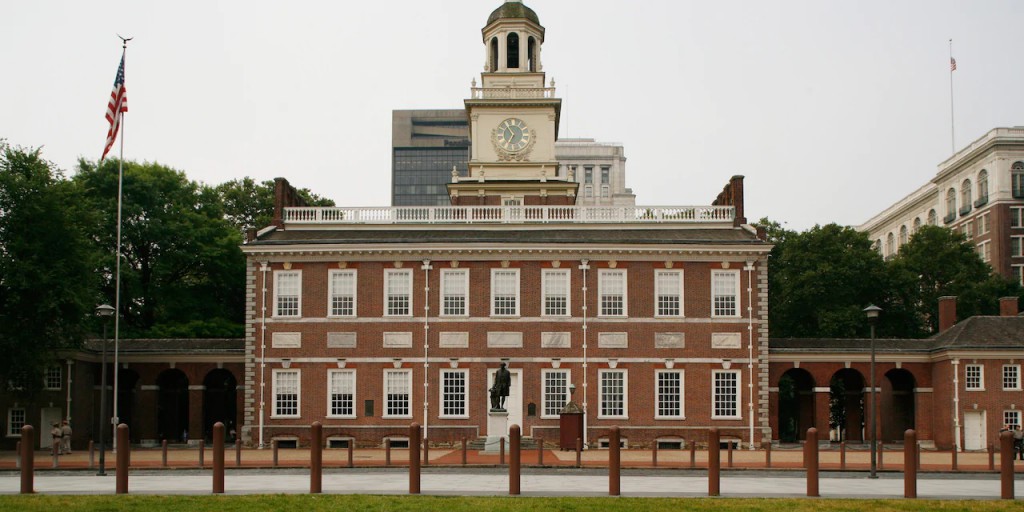 Hop onboard a privately guided trolley-on-wheels tour through the city. Stop along the way to explore some of the following landmarks:

Visit the center that inspires active citizenship as you learn about the origins of the Constitution and its effects not only in establishing the United States but also around the world.

On Your Own Lunch at Reading Terminal Market

Meander through America's largest and oldest farmers' market, established in 1892 and containing an abundance of locally grown crops and family-run eateries. Choose your lunch from many types of cuisine, from Asian to Middle Eastern to Pennsylvania Dutch and more. Watch the Amish prepare their farm fresh products—and eat one of their soft pretzels while it's still warm from the oven!

On Your Own in Philadelphia

After the trolley tour is completed, be dropped off at the Kimpton Hotel Monaco Philadelphia. Then, take a moment to explore some of the fascinating places in Old City Philadelphia on your own.

Dinner On Your Own

Philadelphia is home to some of the finest restaurants in the world. Ask your Adventure Guides for recommendations and find the ideal restaurant suited to your family’s taste and needs. 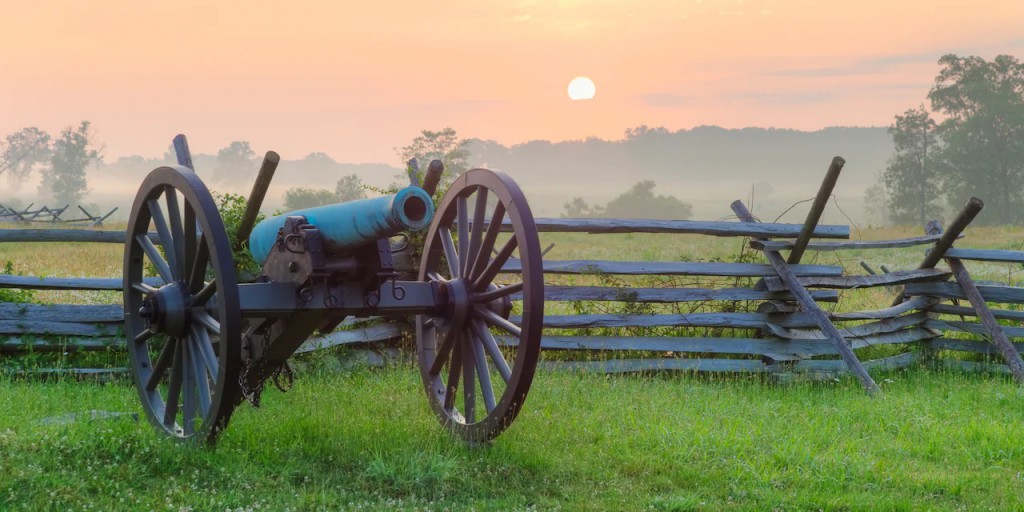 Have a boxed breakfast en route to the place where President Lincoln called for "a new birth of freedom"—Gettysburg.

View a Remarkable Film and Cyclorama at Gettysburg National Park

At the Gettysburg National Park Visitor Center, see A New Birth of Freedom, a film with award-winning actors about the historic battle that heralded the end of slavery. Afterward, marvel at the breathtaking cyclorama that depicts the Battle of Gettysburg, which was painted in the late 1880s by the French artist Paul Philippoteaux. The cyclorama's recent restoration was the largest conservation effort of its kind in North America.

Sit down with your fellow Adventurers for a hearty colonial meal in this 200+-year-old colonial restaurant, teeming with history.

Discover the city's profound history with an expert National Park guide. Cross the famous battlefield, learn more about President Lincoln's immortal speech and discover what life was like in the Civil War era.

Make yourself at home in this luxury hotel with its marble lobby, ballrooms and plush guestrooms. Recently refreshed, The Mayflower Hotel, Autograph Collection opened in 1925 and is considered a national treasure, listed on the National Register of Historic Places.

Adult Dinner at the Hotel

Dine at your leisure in the hotel's serene restaurant, featuring finely prepared dishes for your enjoyment.

Junior Adventures Dinner and Movie Night at the Hotel

With Adventure Guides, Junior Adventurers partake in a kid-friendly meal, followed by a classic Disney movie. 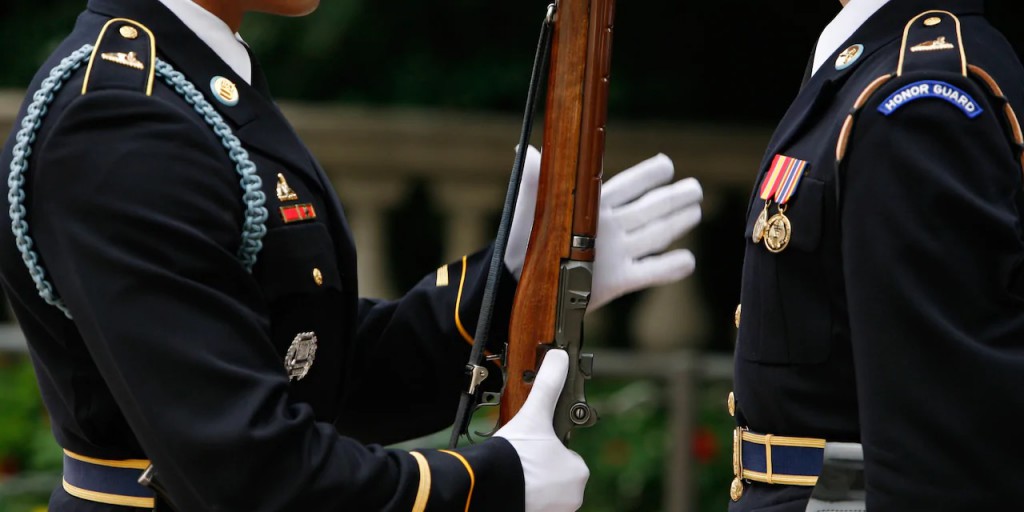 Take in the sights of this incredible city. Traveling by motorcoach, you'll stop to experience firsthand some of the following:

On Your Own Lunch in Washington, D.C.

Grab a delicious meal before heading out for some On Your Own Time to check out our nation’s capital. Ask your Adventure Guides for recommendations.

On Your Own Afternoon

Dinner at the Hamilton

Enjoy a specially crafted menu in a casual and fun atmosphere at The Hamilton.

Take a privately guided walking and coach tour of Washington, D.C. at night. You’ll be amazed with the spectacular national monuments and awe-inspiring statues dramatically bathed in light. 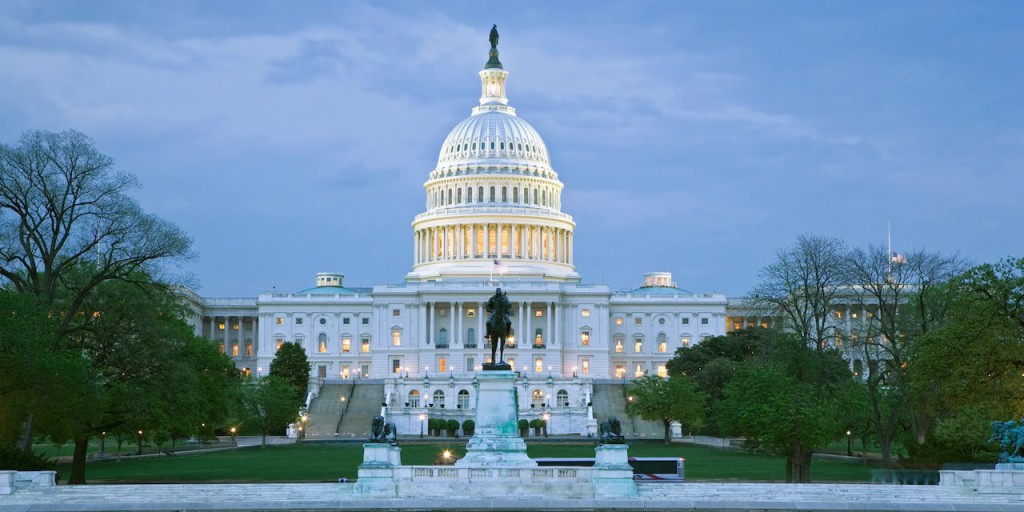 Tour of the Capitol

After a 15-minute film, begin your tour with the magnificent Rotunda and Statuary Hall. Then, take the walkway, which starts at the Capitol Visitors Center and connects with the Library of Congress via a long subterranean tunnel.

Visit the nation’s first cultural institution and the world’s biggest library. Established in 1800 by an act of Congress, the Library of Congress houses millions of books, photographs, recordings, maps and documents. There is a lot to see, including the Main Reading Room where a scene from Disney’s National Treasure: Book of Secrets was filmed.

Lunch at Clyde’s of Georgetown

Enjoy a delicious lunch at a community staple, Clyde’s of Georgetown. This legendary saloon and favorite restaurant to locals serves memorable All-American dishes, made with locally sourced meats and produce, in the heart of historic Georgetown.

Learn the history of this magnificent cathedral that showcases an abundance of architectural features like the “Creation” window, the “Ex Nihilo” sculpture by Frederic Hart and a collection of stone gargoyles—that includes a gargoyle “yuppie” and Darth Vader!

On Your Own Afternoon in Washington, D.C.

Visit the Smithsonian National Museum of Natural History and check out the Hope Diamond, designed and donated to the Smithsonian Institution by Harry Winston. While you’re at it, visit any of Washington, D.C.’s renowned museums as well. Stroll alongside the Potomac River and see the Lincoln Memorial, the Washington Memorial, Georgetown University and more. Hop on a bicycle and ride along one of the city’s scenic bike routes, such as the one along Rock Creek Parkway that heads towards the Georgetown district, passing the National Zoo along the way. From shopping to seeing historical sites, there is so much to do in Washington, D.C.!

On Your Own Dinner

Ask your Adventure Guides for a recommendation that best fits the needs of your family. And then you’re off for a culinary treat in this city filled with fabulous restaurants. 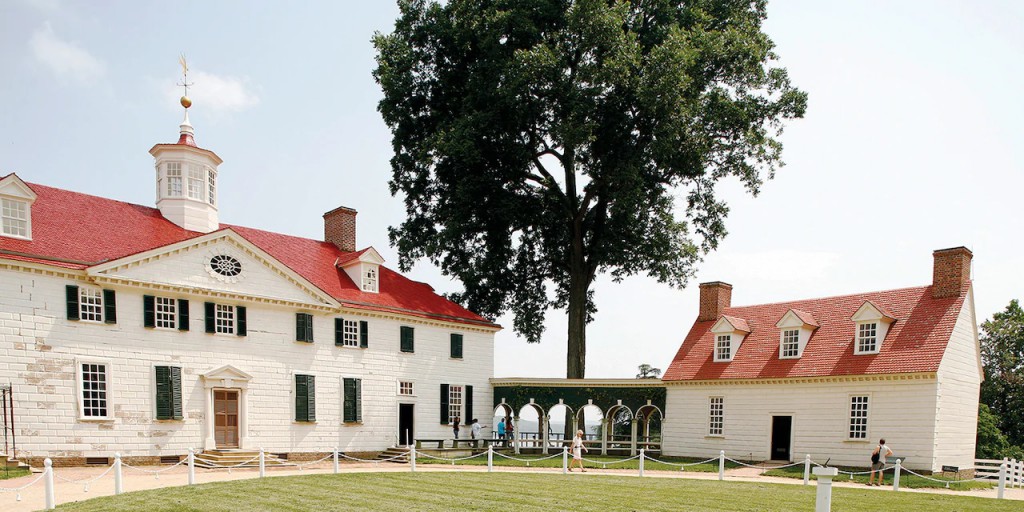 Arrive at Mount Vernon by Boat

Take the scenic route to George Washington’s home. Enjoy a boat ride on the Potomac River and drink in the wonderful sights along the way.

Visit the 500-acre estate, gardens and farm at Mount Vernon and immerse yourself in the life and lore of George Washington. Marvel at Washington's architectural achievements, delight in the vibrant gardens he designed and check out the 25 theaters and galleries featuring extraordinary collections. Revel in the details of 18th-century life on display!

Sit down with your fellow Adventurers for a midday meal at the charming Mount Vernon Inn Restaurant, where you will enjoy colonial cuisine and ambiance.

On Your Own at Mount Vernon

Continue your deep dive into American history—explore Mount Vernon and its rich treasures on your own.

Celebrate the Spirit of America at a dinner in a private room at the extraordinary Mansion on O Street! Junior Adventurers can enjoy a treasure hunt while you share stories about your vacation with fellow Adventurers. Offering fabulous food and a magical ambiance, this Washington, D.C. gem is the perfect place to toast the end of a remarkable adventure! 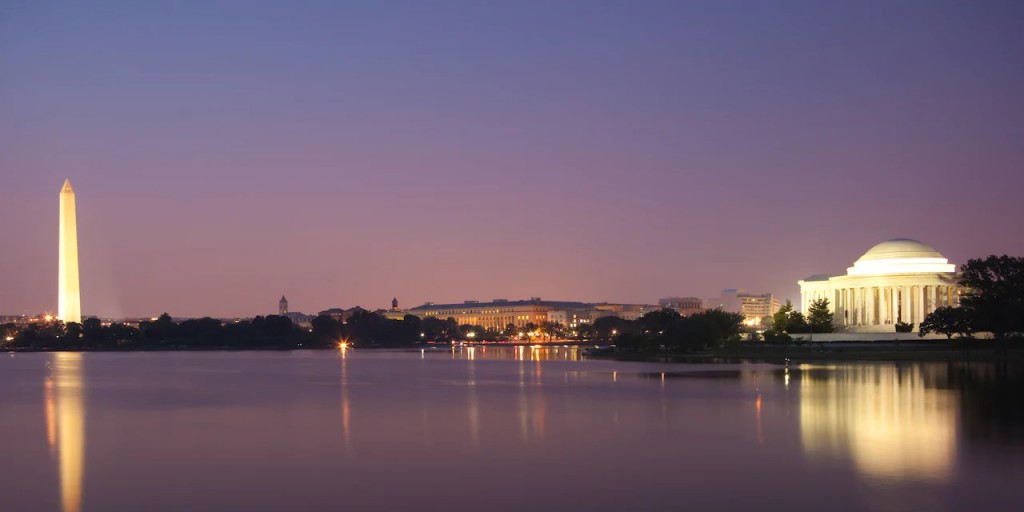 Breakfast at the Hotel

Enjoy a delicious breakfast before heading for the airport.

Be escorted to Dulles International Airport (IAD) for a flight leaving between 10:00 AM and 2:00 PM. And say goodbye to this remarkable city—until you return again!